Our former student, Tamás Wachtler used to live and work in France. He is currently the country manager of Renault Hungaria and the youngest managing director in Europe within Renault.

You were among the first students of IBS .

Yes, I studied with László Horányi, Katalin Gecs, Petra Götz,  Iván Erős, László Lendvai, Péter Zöldi, Balázs Halmay, Zsuzsanna Kiss, just to mention a few. I am still in contact with quite a few of them, László Horányi is one of my best friends even today. Actually a few weeks ago we had a reunion, so I could also check out the new campus in Graphisoft Park. 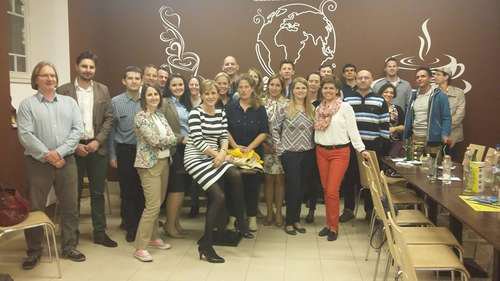 Do you remember some of your professors?

I remember István Tamás. We could just go up to him or we went out for a walk and we talked a lot. We had really great conversations, discussions. These were informal, very useful and inspiring conversations, great occasions. What I really liked about the school is its practice-oriented attitude. Of course, I loved my placement year but I can say that all the classes gave us practical and not only abstract theoretical knowledge. I also loved that we studied everything in English that was rather new at the time in Hungary.

Where was your placement?

I was at Műszerechnika KFT where I worked in marketing. Műszertechnika was a distribution brand of Pannon GSM and Vodafone with many small stores. At the time, all young people wanted to work with mobile phones or cars, these were my two dreams as well. I remember, we had an opportunity during summer of the placement year to open a little shop where we ourselves were selling Pannon GSM phones. This was the strategy of Pannon GSM. I opened a little shop in Siófok and it went really well. I could make quite good money in the course of three months in the summer. It was a wonderful experience to work for yourself, and although a small business, it gave a very special and different feeling than to work for a big company. You could feel business responsibility and the weight of money on your own shoulders. 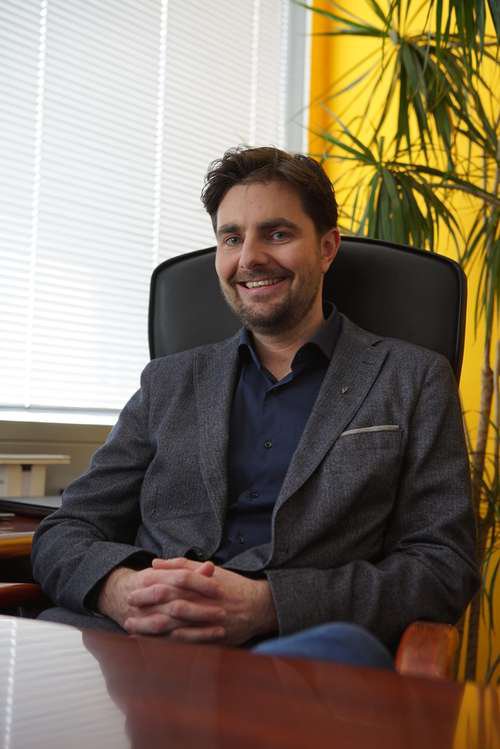 What was your first job after IBS?

After completing my studies I saw that a marketing position was opened at Renault Hungaria, so I went for an interview and I was lucky to be accepted. I began working for Renault in June or July that year as a junior product manager. My products were Megane and vans. Then I stepped forward and I became a brand manager and I was dealing with premium category cars and vans. During those two years we were the leading company in the category of vans. In Hungary we sold the greatest number of vans. Renault has taken leading position in this category in Europe for 20 years. Then, between 2004 and 2008, I was a regional manager. I was working with the biggest sales distributors in Hungary, two in Budapest, one in the countryside. One of my main tasks was to convince the two Budapest distributors to cooperate in order to make bigger profit and better turnover.

Renault is a French company, did you always work in Hungary?

Every year we received a questionnaire about our wishes, where we would like to work. And I had been checking out the appropriate box in the questionnaire that I would like to work abroad. Until, all of a sudden, in 2008 my phone rang and I was told that “it is your time, you can go to work in Paris.” This is how I could go to the French centre of Renault in Paris. I worked there for 5 years. 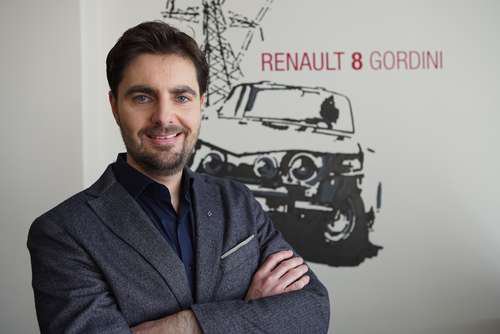 Did you speak French?

I had some competence in French but I was not very good at it. I was also told that it was an international company where the common language was English. I also did all my interviews in English. What actually happened was that the first few sentences of a meeting went in English but when it came to the discussion and serious matters, everybody switched to French. During the first six months I went home with a headache every single day. I had to concentrate so hard on what went on around me, and my job. . In Hungary, approximately 80 persons were employed, in Paris 30-40 thousand people. Techno Centre, where I worked, was a town in the town, in the vicinity of Paris, near Versailles.

What was actually your job?

First, my field was Laguna, I was a kind of a mediator between the engineers, designers and the representatives of the different countries. This job was called “coordinateur marketing.” The different countries have different needs and expectations. In Germany for example, higher performance, in Spain to have better air-conditioning, etc. We collect these demands and expectations from the countries through the marketing managers of the different countries and we convey these to the engineers and designers. They make calculations based on these data, how much a higher performance engine would cost to introduce to the German market and how more cars could be sold in Germany as a result. On the other hand, when a new type of Laguna is introduced, we call it „face lifting,” the car is renewed, but it is not totally new, the engineers and the designers provide 3-4 options how they feature this change. Different types of “face liftings” can happen, from really significant changes through medium type of changes to significant face liftings which really change the car. Based on the inputs of the different countries we decide how more cars we could sell as a result. So, I worked as a coordinator between the designers and the targeted countries.

How could you manage this with your French meanwhile?

So you have a family.

I went to Paris with my girlfriend and we got married later. Yes, I have two kids, both of my kids were born in France. Marcell is 8 years old, Maya is 4.

What was your next step?

I worked on Laguna for 3 years. This was a strategic work and I asked if I could switch to a more operative field, so I was transferred to the European Region. My special job was setting up the pricing and product strategy of Dacia. This was a very interesting and challenging job. Dacia as a brand has totally different connotations in Western and Central Eastern European, former communist, countries. Dacia has its communist past, here, in this part of the world, we immediately know what Dacia was. In Western Europe it does not have its past, and we did not have to struggle with its received connotations of being a Romanian, communist brand. Instead, Dacia was seen something like H&M or IKEA, cheap but good.

How long did you work in Paris?

I had to leave France after 5 years and I was transferred to Slovenia. I was deputy marketing manager of Renault in Ljubljana. Ljubljana is the regional centre of the Balkan, Serbia, Croatia, Bosnia, Greece, Macedonia, Montenegro, Kosovo, Albania, we were there between 2013-2016. We loved Slovenia. All these countries are very different. They all have very different attitude to work, which I had to learn.

So now you are in Hungary, how long have you been the country manager of Renault Hungaria?

My appointment is rather fresh. I have been in this position for three months. Actually, with my 37 years of age, I am the youngest managing director in Europe within Renault.

Looking back to your career so far, you have been working for Renault since you left school.

This is true. But I had a very versatile work. Basically, I worked in a new field every three year. I also worked in an international scene. I have always been happy with my work. I feel lucky. I think you need 80% luck and 20 % work to have a great career. But without the 20 % work your luck is just would not work.

What are the new challenges of your new position?

I have much more people than in my earlier positions, the sales network is very different here. We have distributors who are independent but we still need to manage them, they have to follow our rules and regulations. I would like to motivate my employees and distributors even more, for even higher performance. Couple of weeks ago we had a big meeting, all the employees, all the distributors, the management got together. People could meet with others whom they talk over the phone, changing emails daily but never met personally. This was a big success, people could feel that they belong together, they have to work together for bigger results. This is a great force for motivation. I also would like to reach better results in the market both in terms of the number of selling cars and bigger turnovers. We have never had so many new models to be introduced to the market within a year as we have now. This is a huge task.