Our former student, András Angyal is currently working at LG Electronics as an Account Receivables manager. He shares some interesting details about his career path with us.

How do you remember your IBS years?

I started in 1996 and completed my studies in 2001. We were among the first ones studying in the British system and in English. I studied in the same intake with Krisztián Nyáry, Péter Zöldi, Balázs Halmay, Zsuzsanna Kiss, Szilárd Máté, among others. I was in finance as I had always been interested in finances and technical things. I wrote my diploma work about credit controlling. My professor of accounting was Elemér Szamosvölgyi, and I also remember other excellent professors, István Magas and the late Tom Owens, my marketing professor. 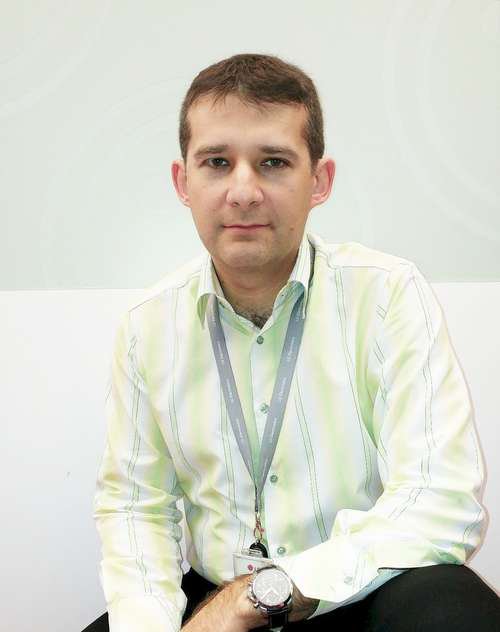 How did you get your first job and what was it?

I got my first work place thanks to my placement year in Béker KFT that was producing different steel constructions and mechanisms. In 2001 there was a world fair in Hannover with a really funny steel construction produced by this firm. 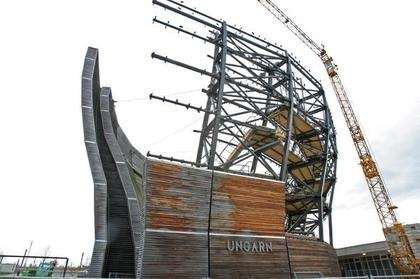 It was an American firm that relocated from Scotland to Hungary and headquartered in Nyíregyháza. Later it was sold to the Swedish Lindab AB. I started there as the financial and personal assistant of the American CFO. From that position I moved higher and higher step by step. I shared my time between Budapest and Nyíregyháza where most of the administration was handled. I could participate in meetings where generally a beginner, somebody on a placement could not. I did planning and controlling, practically, I took all the steps from making out invoices to book-keeping. I could gain knowledge and practical skills that I could really use later in my career. This was in my third year at IBS, and I continued working for them in a part time job in my fourth year. I was lucky that my firm covered my tuition fee for the fourth year, which was great as IBS had always been a relatively expensive school.

After graduation, I was offered a full-time job at the same firm, but by this time it was called Butler Europe KFT, which later became Lindab Butler KFT due to the changes in the ownership. I worked there until 2005, my last position in the company was controller. I changed my work when I had to travel a lot between different locations of the firm, Budapest, Biatorbágy and Nyíregyháza.

What was your next job?

In 2006, I switched to Sony Ericsson. I simply went for an interview and was selected. I worked as a medium level manager dealing with customer outstandings. Actually, I am still in this field up to now. There was a regional centre 50% owned by Sony, 50% by Ericsson. The Budapest hub was a relatively big regional centre: the Czech Republic, Slovakia, Croatia, Serbia, Ukraine, Belorussia, and the former Soviet member countries belonged to us, and the main profile was mobile phone sales. In 2008 I was relocated to Kiev where a totally new team was set up.

I worked there for 9 months. Originally, a three-month stay was anticipated, but I was requested to stay in Kiev until the end of the calendar year. From the financial sector of the company I had an overview on certain processes which were not 100% positive concerning the stability of the company. So I began searching for another job and came back to Hungary from Kiev. Looking back, I think my concerns proved to be correct, and in a short period 50% of the firm were dismissed. The financial crisis also hit the market, but I personally was doing fine with a decent salary. What I did not see was a perspective, a vision of the future. That is why I decided to move on. 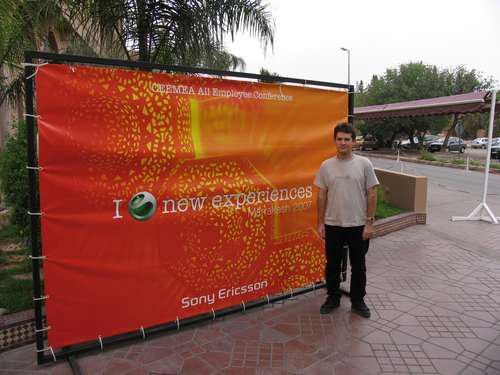 How did you find your next job?

I searched online and I was lucky enough that I happened to be in Hungary between my travels and could go to the personal interview. I got this job at LG Electronics Magyar Kft where I have been working since 2008 as an Account Receivables manager. I have a team of five. We have partners like Media Markt, Auchan, Tesco, etc. After receiving the partner’s payment, I give the final permission for delivery, so we are the last step in the process of a large order. Of course, we need different credentials and guarantees before the actual delivery, so we work with large multinational companies but we still have to define the credit limit by customers. Luckily, there are global credit insurance companies. We also have to monitor the market processes closely as all information about our partners and the products is essential.

Why do you find your job interesting?

It is a challenge every day. Although there are daily routines, however, we can be supersized by sales, new creative ideas any given day, or a partner can modify the payment schedule. My role is to find the right balance in order to achieve a so-called win-win situation where the sales numbers are good and the collection is sufficient as well. Last year I spent one week in South Korea. It was interesting to see the cultural differences and how they work in the LG Twin Tower. 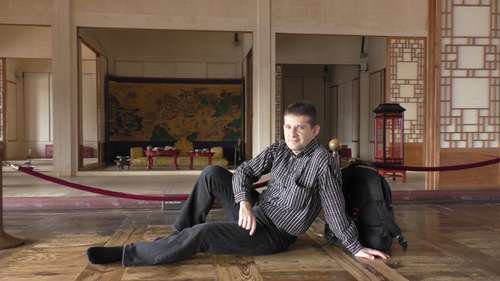 How about your free time?

A multinational company defines one’s life. It is really unpredictable when a workday ends, at 5 p.m. or at 9 p.m. My work depends on the partners and on the sales, so the job is great but to plan a family life is another thing. I love rafting, sometimes I go to Slovenia, and I also love to bike. Generally, I try to make time for sports and work-out because I sit a lot, and although I get tired mentally, physically I still have a lot of energy.

What would be your dream job?

Mostly I am satisfied with my current job, otherwise I would not be here. Obviously a higher reward or more responsibility could be motivating for me. I would say a little bit more flexibility would be better, but it is just a dream...