Balázs Halmay graduated from IBS in 2001 and now works as Head of Marketing and Communication in HungaroControl - Hungarian Air Navigation Services.

What did you do after IBS?

I graduated from IBS in 2001, I was a marketing and marketing communication major. I was so lucky to be one of those who went to Oxford for a two-week introductory course, which was really a great experience. I had my placement year at Pannon GSM, where eventually I spent 8 years in total. I started working for them already before graduation. The mobile telephone business was booming, it was a fantastic period. Of course, I had several phases during those 8 years. At the beginning, it boomed rapidly, then it stagnated and we had many management and structural changes. I was a campaign manager at the time working in the marketing and communications department. I had the possibility not only to build the core brand, Pannon but could also launch new youth brands, Bee and later Djuice within Pannon GSM to protect the market position from Vodafone, which, at the time, targeted young consumers. I was also working on the 2006 Pannon rebranding, turning the old-fashioned brand with the visual identity of the colours of the Hungarian flag to a fresh, international and more dynamic brand. After 8 years, I felt that I needed to learn new industries as well, so I moved to beer industry to Borsodi. After joining the EU, Hungarian beer industry was challenged by German beer. Borsodi was the top selling brand at that time but it was at high risk. 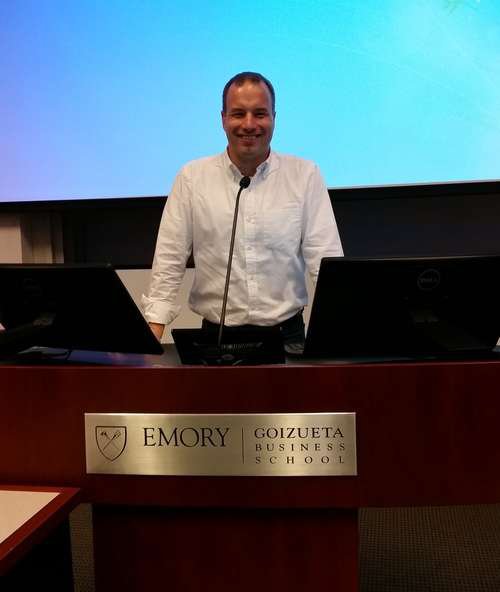 How did you get there and what did you do at Borsodi?

I was recommended by one of my ad agency partners in Pannon, being an experienced youth brand expert. My task was to refresh the Borsodi brand. Borsodi had to find a new target audience since after the EU accession cheap German no-name and private label beer brands attacked its dominant market position, and it was the youth segment.

My idea was just to adopt some already proven best practices from more advanced western markets where they tried to attract people with flavoured beer who did not like beer because it was bitter. In 2007, there was no flavoured beer in Hungary. However, my proposal was turned down because they wanted to target men and their concern was that flavoured beer would rather attract women. Well, today all beer brands have flavoured beers in their portfolio, and the market is booming… I had some other fresh ideas to refresh the Borsodi brand but the management did not accept them. They had their vision to target the youth segment but were not yet ready to actually make the changes which would have lead them that way. There were just too many “no”-s, so that I switched to a new job.

What was your next job?

I went to the automobile industry. Nissan CEE had their Central Eastern European headquarter in Budapest. I was offered the position of the Head of Marketing Communications for the 4 Visegrad countries: Poland, Czech Republic, Slovakia and Hungary. Nissan is a challenger player in the automobile industry in Europe. Here it is the smaller brother of the Renault-Nissan Alliance, while in other parts of the world it has the dominant role. So Nissan had to develop its own niche model for the European market. Being a challenger brand at that time at Nissan it meant also a challenger marketing and brand building strategy with unique model launches and disruptive communication campaigns.

In 2008 the financial crisis hit the automobile market extremely severely. I am really proud that in the dramatically shrinking market we could save the volume, thus increasing the market shares keeping a fair balance between brand building and sales support promotions. We built the brand using creative media in unusual ways with a unique cinema room branding activity and airing on TV, making of the TV spot shooting spots as special branded content programme. On the dealers front, I could also introduce a new third party dealer advertising control channel strategy resulting in consistent visual identity, media usage and +40% Share of Voice in media. We could localize these campaigns in our four countries with a creative and effective media usage.

Did you continue your studies?

Of course, I do believe that lifelong learning is really important. Whenever you stop developing yourself, you start dying. After 10+ years of working for multinational companies as a marketing and communications expert I felt the need to study and extend my knowledge to a management level, so I could convince my non-marketing minded colleagues by “speaking their language” about my own ideas. I wanted to do an MBA in Hungary. I did not have the option, or the budget to go abroad to some fancy expensive university to earn my MBA. I searched together with my wife, Zsuzsanna Kiss (see our interview with her here), and we found CEU Business School.

It was a good choice, partly because we could learn many useful and new things, partly because our time and free time got more structured. The level of education was rather high although some of the things we studied were somewhat a repetition of what we had already studied at IBS during our BA studies 10 years back. I was expecting to gain some new marketing knowledge as I am a market-oriented, market-minded person. Unfortunately, the marketing education was not that strong at the CEU MBA.

Marketing has changed a lot with social media, with the financial crisis and with the huge budget cuts. Today each and every Euro should be considered and a careful return of your investment should be planned. In previous years budget was not so big of an issue in marketing. So I had to learn all these things and find the best way to spend the money. I had to justify each and every Euro, e.g. why I spend money for this media and not another one, maximizing the impact my campaign makes. I was expecting some tools of how to do all these but I did not get that at CEU. Do not get me wrong, besides the marketing education most of the other courses were really great and I loved the CEU MBA years. However, an opportunity opened to go abroad within the programme with a student exchange. So Zsuzsa and I decided to apply for a grant to the same place.

We applied for the Emory University in Atlanta. Emory Business School is owned by Coca-Cola. We assumed that we would get what we missed at CEU. Both of us were accepted, it was in 2013. It turned out to be an amazing semester. We were there for 4 months together; we studied numerous marketing related courses, focusing on online, big data, brand management and all kinds of current trends in marketing. After the semester in Atlanta the Emory University invited me back to work for them in an online project job which was quite an honour for me, and of course I accepted the offer.

What came after Atlanta?

Hang on a bit, since during my CEU MBA here in Budapest one of my previous bosses from Pannon GSM, who worked for T-Mobile/Magyar Telekom, invited me for a fixed term maternity cover job. It was the time when T-Mobile was changing its commercial brand, both the mobile and the landline brand, from T-Mobile and T-Home to Telekom. So the corporate brand was taken to the commercial level. Here my role as a Brand Strategist was to coordinate the rebranding itself and to keep contact with the Global Brand Management team of Deutsche Telekom.

What is your task at HungaroControl today?

My task is rather challenging. Eurocontrol, the European professional association for Air Navigation Services, has a vision. Within a couple of years, Eorocontrol will integrate Air Navigation Services within Europe. Not each state will have its own navigation services provider (like today all of them have), neither will there be a need for each country to have one of its own. In the US for example there are only a couple of service providers controlling air navigation. Most probably, the same will happen in Europe. By the time it happens, HungaroControl would like to be the one who integrates at least in the CEE region and not the one being integrated. My professional task at HungaroControl is to build a high profile brand and professional reputation.

Another aim is Employer Branding, a sort of recruitment support for which I have a recent example. HungaroControl was present this summer in three music festivals: VOLT, EFFOT and Sziget, where we built a 18 meter-high tower, a very strong visual symbol of Air Traffic Control. The really cool link between our TOWER!HIGH and the festivals was that the visitors could actually jump out of the tower. We are going to summer music festivals with a definite target oriented communication. Generally, people have no idea what HungaroControl is. They do not even know that such a sector exists.

In aviation rule #1 is “Safety first”. Since it is the Air Traffic Controllers who provide this safety, our task is of key importance. We introduced our activity to our future colleagues and we recruited air navigation controllers by building a database upon a mobile Game App registration which is testing air traffic controller abilities. This job demands very special type of people. A navigation controller has the same or even higher respect and responsibility than pilots. They have to know the same security measures and must have the same level of preparedness and brilliant minds as pilots. A navigation controller is responsible not only for one aircraft but for 8-15 at the same time. It is a very responsible work. Consequently, a very well paid one as well all over the world.

Do you do everything together with Zsuzsanna?

We have been doing many things together that we can but we also have our own professional life and career. We met here at IBS at the end of the second year. I was going up on the stairs, she was coming down on the stairs, we met there and a couple of days later I asked her out. After the first date, in about two weeks we were living together. Ever since, we have been together. 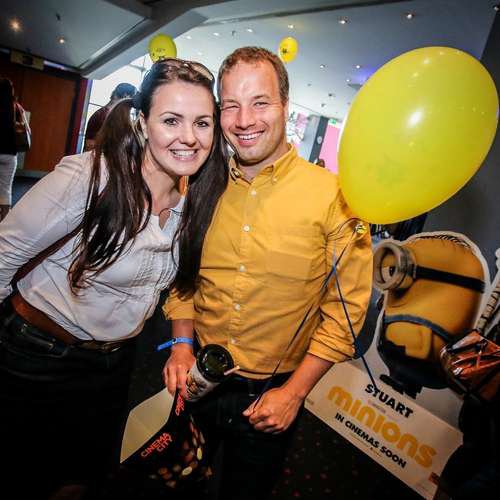 So what happened on that stair?